My name is Joanne, and I’d like to share my person experience with sepsis and help raise some awareness about the potentially fatal infection not everyone is familiar with. Sepsis kills a person every 3.5 seconds somewhere in the world. In the United Kingdom we lose around 40,000 people to it per year. The condition is caused by an infection, typically illnesses like pneumonia or urine infections, but even a small cut of the skin can lead to it. That’s what makes it so important we know the signs. Sepsis can happen to anyone, but with all illnesses the young and old are particularly at risk. Sepsis can affect multiple organs or the entire body, even without blood poisoning or septicaemia. 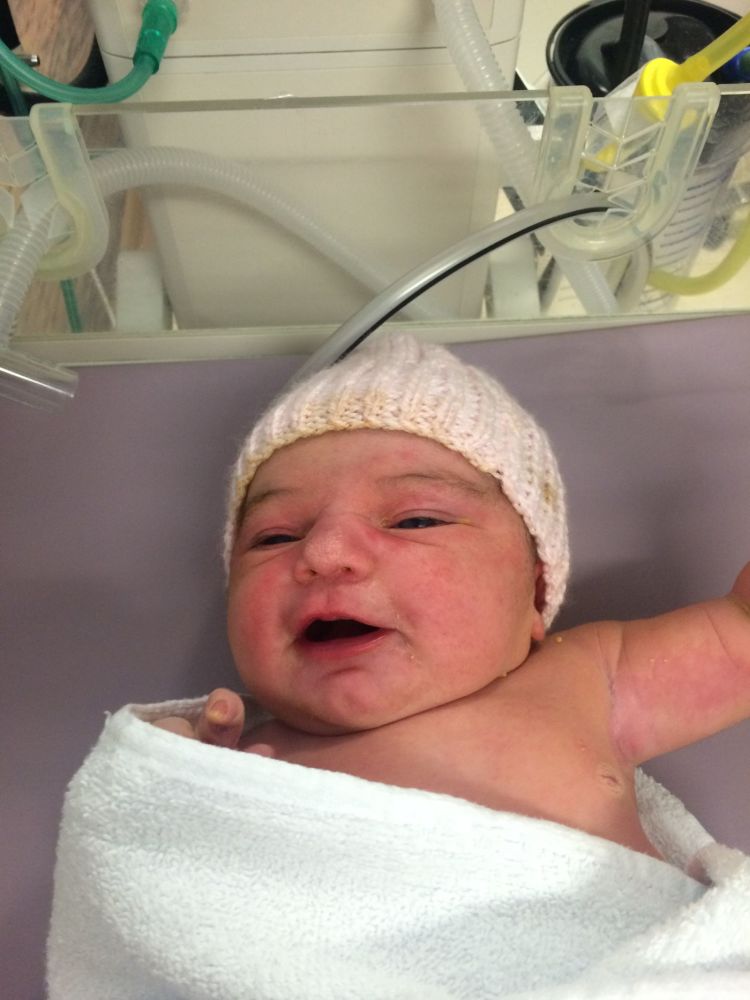 So, what do you look out for?

In adults you want to keep an eye out for;
temperatures too high or too low
rapid heartrate
fast breathing

In children, parents need to be aware of;
feeling cold to touch
mottled, bluish or pale skin
breathing fast
fits of convulsions
not urinating for longer than 12 hours
floppy, weak and buging soft spots

1 in 4 NHS trusts are failing to treat sepsis in time. This is a cause close to my heart, because during the delivery of my daughter I suffered from sepsis, as did my daughter. I was induced on a Monday afternoon and decided to go home and wait for contractions to start. Around 6am Tuesday morning, we went back to the hospital as I was experiencing pains in a pattern and noticed I had slightly wet underwear (TMI). I went to the triage unit where they said I still hadn’t dilated and my waters had not gone, despite my observation. I was put back onto the ward and received observations periodically and the induction process continued. They removed the hormone pessary which was covered in some sort of gross bodily crap…but they said that was normal. Still not contracting ‘enough’ or dilating. Hours pass and during my observations they notice I was tachycardic, but I told them I have a history of anxiety and was nervous so it was likely to be that. Tuesday afternoon a Doctor pays me a visit and does an ECG to see what is going on with my heart rate.  She says she's not concerned about there being anything actually wrong with my heart. Tuesday night was horrendous, I was wiping the crap I mentioned before each time I went to the toilet but as a first time mum just assumed that was what happened. The contractions were becoming unbearable, they were slowly upping the pain killers but it wasn’t even touching the pain. I was starting to panic how I would cope as they said I still wasn’t in established labour, all I could worry about was how bad real labour would be, considering the pain I was already in. They were still concerned about my heart rate and thought I wasn’t drinking enough and may be dehydrated, giving me jugs of water to drink, despite I was drinking enough anyway.

The night shift was coming to an end and the midwife said to me she didn’t think I would’ve dilated much, offered to examine me but said there wouldn’t be much point. So I agreed and said not to bother. A few hours later, just as we’re getting ready for breakfast a shift leading midwife pops in, the same lady who started the induction. She examines me and says, ‘did you know your waters have gone?’ I replied ‘oh have they?’ as I was told when I thought they had…they hadn’t. The midwife went on to say there’s meconium, and asked if I had noticed, so I explained I had seen it but didn’t think anything of it as the midwife who saw the same, or extremely similar substance wasn’t concerned. She explained that it could be because I was overdue and babies start to become stressed, and that I would be taken down to delivery when there was a bed available.

Quickly after, she returned and whisked me off to the delivery suite where I met the new midwife who’d be looking after me. I was so happy to finally be in delivery, my first words are ‘can I have the drugs now?. I was so tired, I had been in pain for 24 hours and barely slept, observations every few hours and barely eaten. The midwife administered pethidine and gave me the gas and air. I literally didn’t let go of the gas and air lol. The process is a bit of a blur still, as I was ill…not that I knew this. I opened my eyes to 1 Consultant, 2 doctors and 3 midwives standing around my bed to ‘say hello’. I wasn’t convinced. I knew they had messed up by not listening to me about my waters, and we were past the 24 hour deadline of when things start to get dangerous. They stood there and were bickering about what symptoms should be treated with what and eventually put me on IV fluids and antibiotics. My midwife explained to my birthing partners that if in case of emergency, there was a big reg button by my bed and how to use it. She told us that because of the meconium there would need to be a paediatrician on hand when Ivy was born in case she needed resuscitating.  That in itself was enough to send my blood pressure through the roof (they medicated me for that too). I asked if I was able to eat and the consultant made it very clear I could not eat or drink, and I knew from watching countless episodes of One Born Every Minute that she thought I would need a c-section. They said how I had a certain amount of time to dilate and give birth naturally or I’d have an emergency c-section, this was a while into the process. The oxytocin drip I was on was making Ivy’s heart rate rise so they had to turn that off, so I was relying completely on my body doing its job and dilating itself. I opted for an epidural because I couldn’t cope any more and they said it may slow the labour down, but I didn’t care at this point. It didn’t even work. Still felt everything.

11 hours after entering delivery I have a sudden urge to poo (tmi..) and told the new consultant I felt like I needed to push. The consultant didn’t seem to think I would be at that point yet, and said ‘I wasn’t going to examine you for another couple hours’ but lo and behold, I was finally 10cm dilated (hooray)! After an hours pushing Ivy-Willow entered the world, covered in poo. Once they could see she didn’t have any trouble breathing I got to hold her for the first time. Then she pooed on me, too. Y’know, inside me wasn’t enough. Tom and my mum went home to get some more bits for our now 3-day-stay at the hospital. There I was, after being in labour for the good part of 36 hours…they’ve shoved a paracetamol up my back side, taken my new baby to the NICU so she could have her treatment for sepsis and I’m just laying there…alone. Can’t move, starving hungry, nobody around waiting for someone to bring me toast, and it was cold.

Ivy and I had out temperatures checked, IV given and blood pressure checked every few hours for three days. Its crazy to think that if they had listened to me none of it may have ever happened, but I am grateful that they took no time in waiting around before starting anti-biotics. Nobody ever explained to us what the infection was, or why we needed to be watched so closely. I remember Ivy having her blood taken and I just started crying, the baby blues that you usually experience in the comfort of your own home, started after seeing her be poked and prodded time and time again. It wasn’t until I got home and read my hospital notes that it said we were being treated for sepsis.

The stress didn’t end there though, once we got home we both ended up getting another infection due to the anti-biotics. Sorry to have gone on for so long, but it’s really important you make your voice heard. I wish I had listened to my body more and spoke up, health care professionals are over stretched and do get things wrong. So, take the time and learn about sepsis. 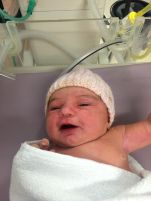 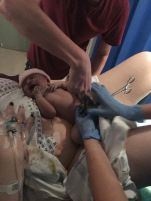 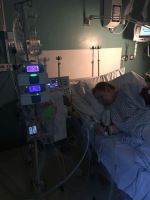 Read more from Jo at: