She’s finally here – our perfect daughter, Eden Florence Davies was born at 5:51am on Saturday, 25th July, and weighing a very respectable 7lbs 5oz. Here’s her birth story – it’s a long one! 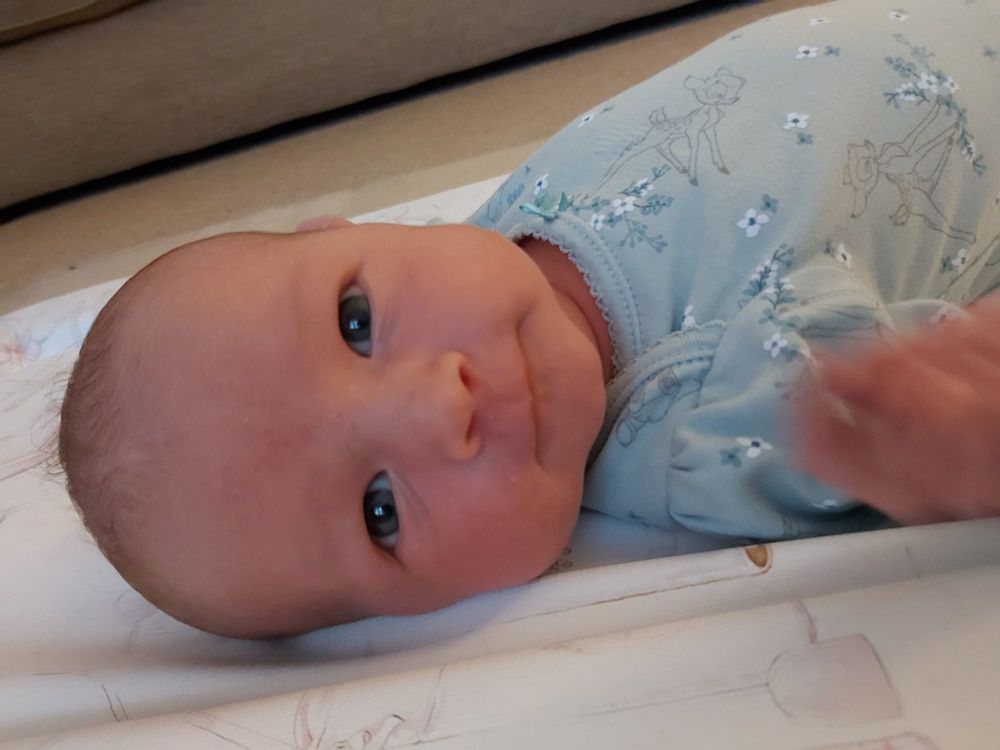 It’s fair to say that during the week leading up to Eden’s birth, I wasn’t exactly the Emma I’m so used to being. I was so grumpy, eating literally anything I could get my hands on (mainly unhealthy crap) and just didn’t fancy doing anything at all. Everything felt like a great effort and to be frank, I just wanted to not be pregnant any more. Pregnancy and I don’t really get along very well and looking back on the past nine months, I’m surprised at how well I did manage, considering how rough I felt the whole time. Severe morning sickness is greatly underestimated in my opinion and not something I want to encounter again.

On the Tuesday before she was born, I’d had a midwife appointment, just to see how I was getting on. Rather smugly, I had strongly assumed I wouldn’t need the appointment, because I genuinely believed that I would’ve already given birth. Raife was born at 38 weeks and I naiively thought this baby girl would be born even earlier. At 39+1, I had not given birth. At all. The midwife and I were both surprised that I was still pregnant and as she examined me, she confirmed that the baby was nowhere near ready to come. I was crushed. I left the appointment feeling entirely fed up and exhausted. I’d been having pains for a few weeks, fairly similar to very mild labour pains so I couldn’t understand what was going on. Quite clearly, she wasn’t ready to come and so I resigned myself to the fact that I would be going overdue. In the summer. Whilst in lockdown. And I was not happy. 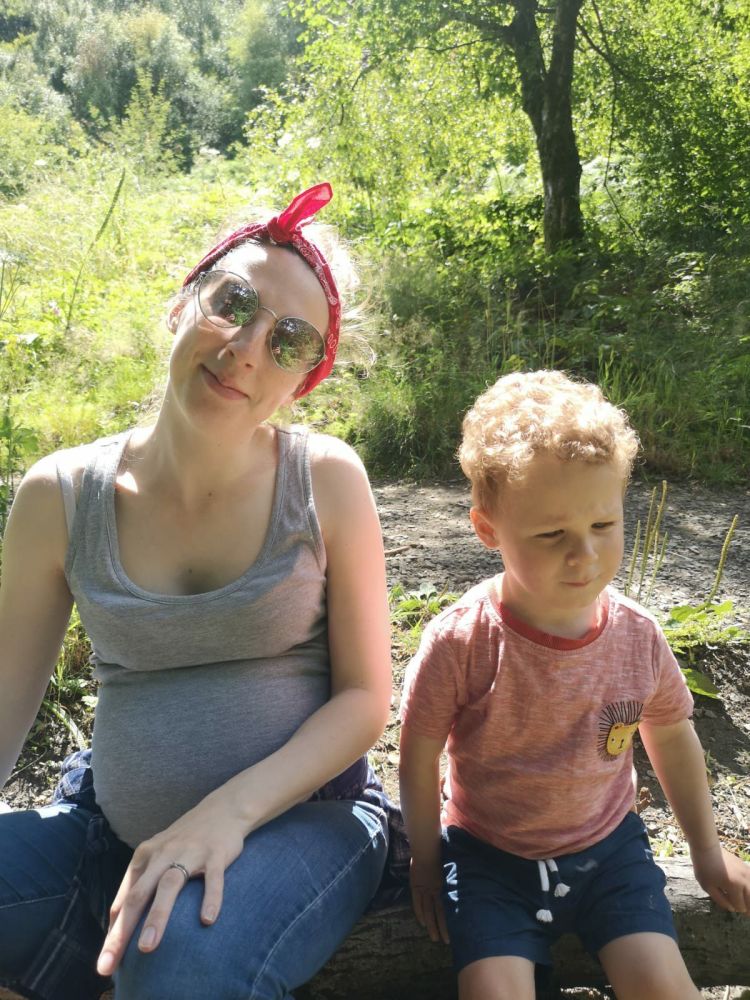 The rest of the week passed in a blur – we went on a lot of walks, I bounced on my birthing ball and just tried to keep my mind occupied on anything other than going overdue. On Friday, at 39+4, we went on another mammoth walk in the forest. It was a beautiful day, and as we walked along, I started to feel some strong pains in my bump and my back started to ache. I ignored them and carried on, determined not to let myself think that this could be it! We found a beautiful river and Raife spent the best part of an hour throwing stones into it. I sat and watched, wondering if this was the last place we’d visit as a family of three. As had happened over the past few weeks, the pain waned and went and so I thought it was another false alarm. We got home, ordered a Chinese, watched a film and went to bed at around midnight.

At 2:10am, I was awoken by what felt like a fairly strong contraction. It passed without much concentration on my part and so I went back to sleep. 10 minutes later, the pain returned. I woke, thought it was odd, but again, went back to sleep. 10 minutes later, the pain wave felt more intense, so I got up and started to wonder – could it be happening?! I decided not to wake Jon, just in case it was a false alarm, and went to run a bath. If it was more braxton hicks, a bath would ease the pain and I’d be able to go back to sleep. The pain did not ease. In fact, I decided to download a reliable contraction timer, just to see if a patter was emerging. By the time the bath had been run, the contractions were coming every 5-7 minutes and Jon had been woken by the bath being run.

The bath was a great help for the pain I was now feeling and I started watching some YouTube videos to take my mind off what was happening. At around 3:30am, the contractions were coming every 3-4 minutes and we decided to call Jon’s brother who would be looking after Raife whilst we were in hospital. Kissing him goodbye was one of the hardest things I’ve ever done, knowing that the next time I’d be seeing him, he wouldn’t be our only child anymore.

After Raife had been picked up, the pain ramped up again and I knew that things were progressing really quickly. Jon called the hospital and they advised that we try to stay at home for a while. Considering how quickly I had progressed the first time, we didn’t feel that this was the best advice and after around 15 minutes, we decided to make our way to the hospital. The TENS machine came out and certainly took the edge off the peak of the contractions which was a welcome distraction during the car journey.

We knew that I’d have to go in to the hospital to be assessed alone, due to Covid. The walk from the car, down the corridor, into the lift and in to be assessed was the longest journey of my life. I was quickly assessed, probably due to my urgent pleas for pain relief, and was shocked to find that I was already 8cm dilated! I couldn’t believe it – second time I’ve gone in to the hospital at the very latest! I did not think I was that close to meeting our daughter but we really were!

I was quickly wheeled around to to the delivery unit and messaged Jon to come straight in. As soon as we got to our room, I felt completely overwhelmed with pain and was quickly handed the gas and air. Whilst it definitely took the edge off, the gas and air didn’t feel as though it was doing a great deal. In hindsight, I believe it was down to how quickly everything was progressing but at the time, I literally begged for anything stronger to help. Unfortunately, there was nothing the poor midwife could give me. I was going to have to do it the natural way. And I was petrified!

The pushing stage felt like it went on forever. However, after what felt like an eternity, a whole lot of me complaining that I really was pushing as hard as I could, as well as the overwhelming feeling that everything was going to tear down there, the head finally made an appearance. The burn truly is real and is not something I’m likely to ever forget. It also turns out I was only pushing for 20 minutes in total! The body followed swiftly and Eden was thrust onto my chest. 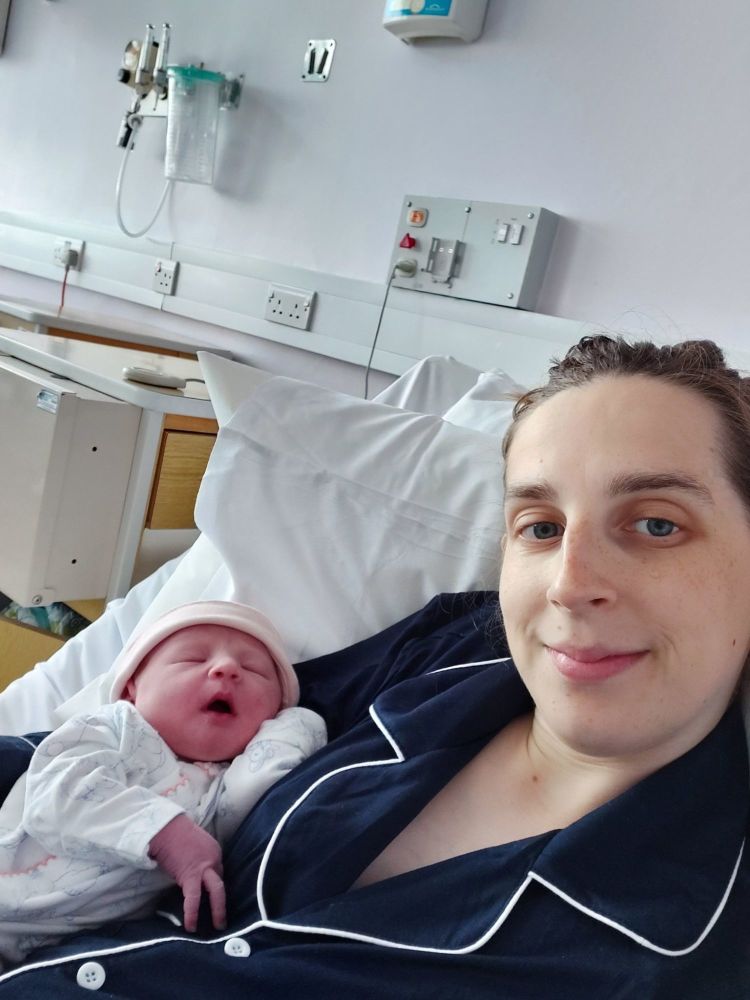 My first thought was how much she looked like her big brother. The same big eyes, long arms and legs and round head. She lay there and we just looked at each other – a moment that will stay with me forever. After only three hours in labour, I felt numb with relief that the intense experience was over (after the placenta was delivered) and grateful that finally, our baby girl had finally arrived into the world. I had some of the most delicious tea and toast I’ve ever eaten and a hot shower to get cleaned up. I honestly felt like a new woman!

We had no idea how the procedures post-birth would go (due to coronavirus) but Jon was allowed to stay with us for around an hour and a half before I was taken to the postnatal ward. The birth had been pretty textbook so I was offered an early discharge – something I immediately accepted. I wanted to get home, to see Raife, and to just bask at home in our new normal. We stayed on the ward for a little while – just to check that everything was okay with my waterworks and the doctor had had a look at Eden. It was also an opportunity for Eden and I to bond and to establish breastfeeding. Fortunately, everything went smoothly so we were able to leave and were home at 3PM.

And that’s it – baby Eden’s birth story. Considering how nervous I was about giving birth again, it really was an incredibly positive experience – completely different to the first time around. My recovery has been pretty amazing, I feel great and three weeks in, I can honestly say that Eden has slotted into our family perfectly. She’s gaining weight rapidly, Raife is completely obsessed with her (for now!) and she’s passed all her medical checks. We can’t really believe that she’s only been here for three short weeks – we can’t really remember life without her and we’reall madly in love with her! Family life has certainly become interesting with two children, but we’re just embracing the chaos, basking in the newborn days and thoroughly enjoying seeing our babies interact with each other. 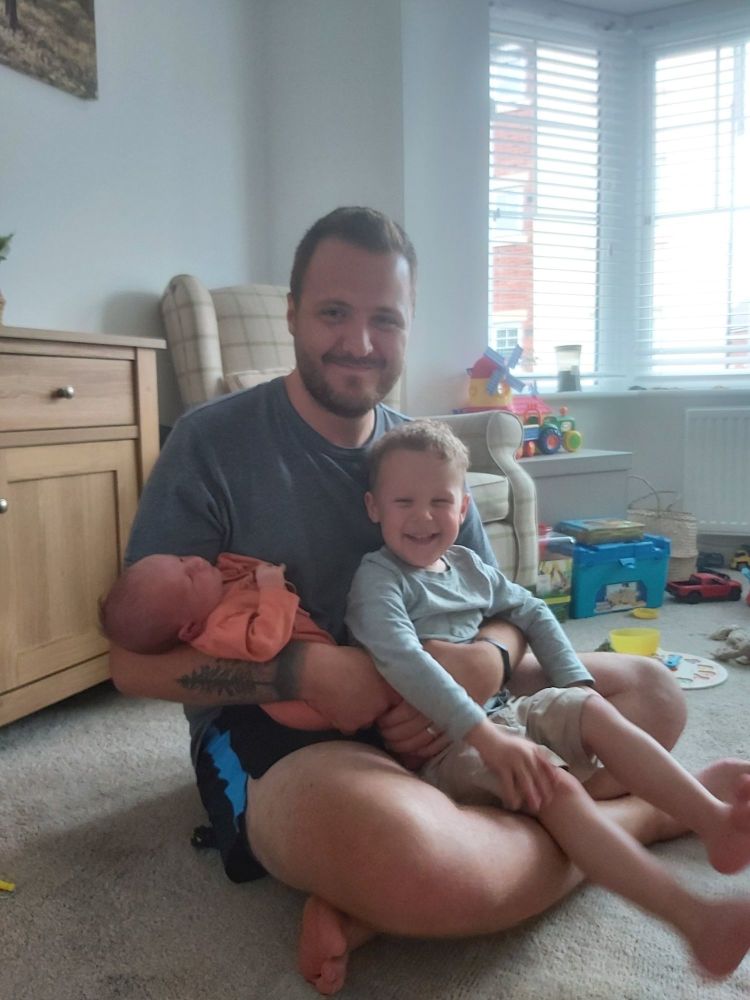 I also wanted to mention how thankful we are. The staff we encountered before, during and after the birth, were all truly incredible. Nothing was ever too much trouble, we’ve been fully supported, guided and briefed and everything has been overwhelmingly positive. Everyone works so hard and especially during the pandemic, we’ve felt like there’s been even more of an effort to make the experience as special as possible. They literally are angels and we owe them everything!

Emma is a mum of two - Raife and Eden and lives in South Wales with her husband and dog, Sherlock. She writes about motherhood, breastfeeding and shares product reviews.  Read more from her at Emma's World